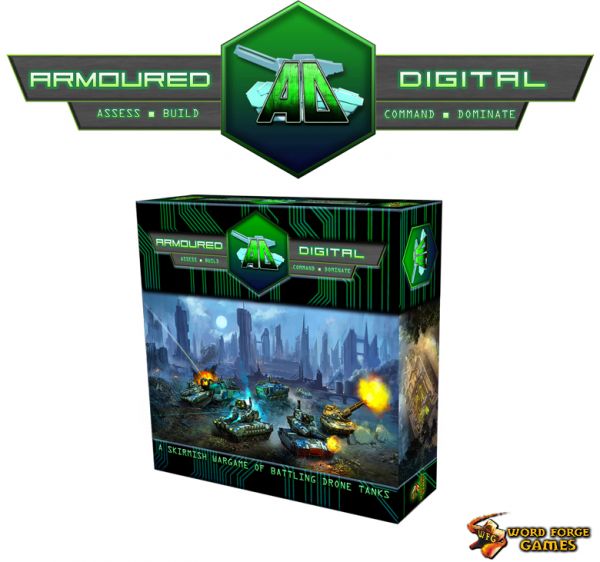 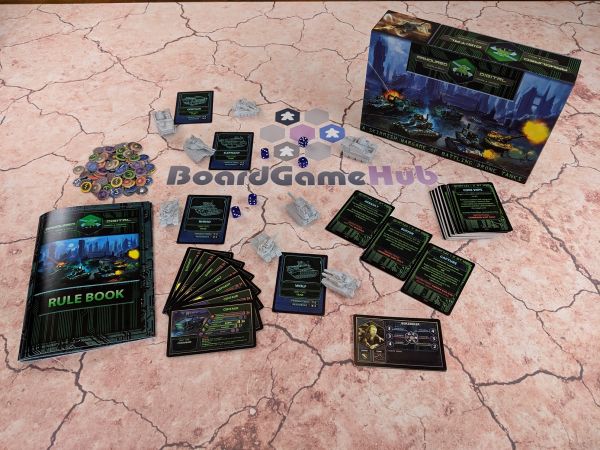 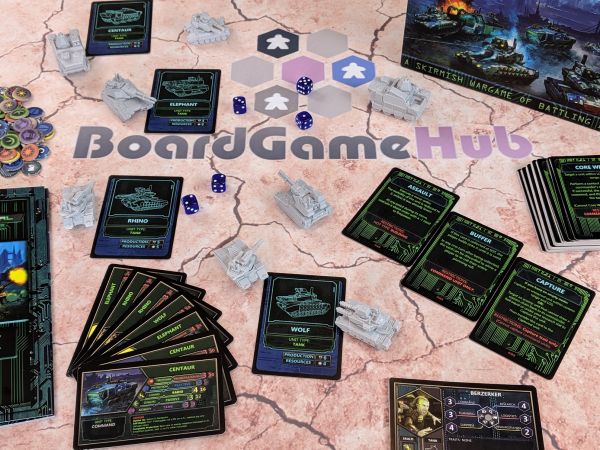 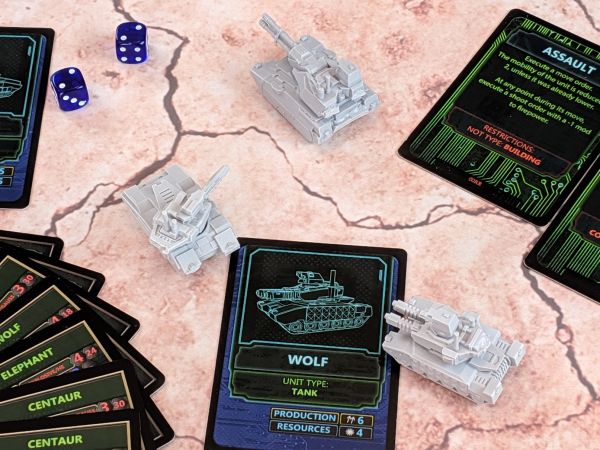 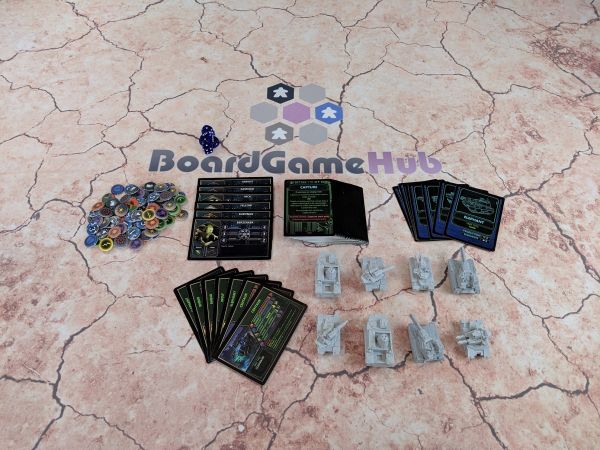 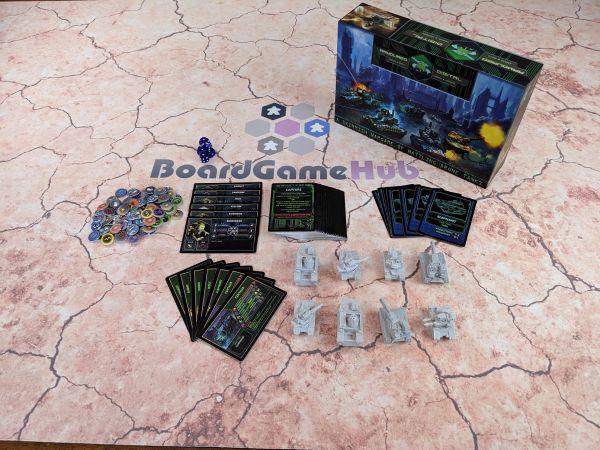 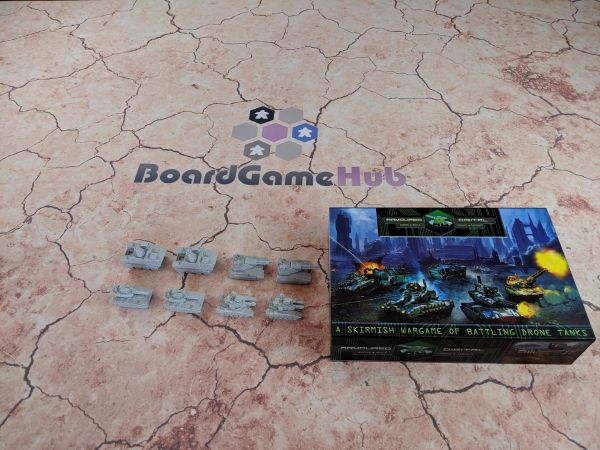 Armoured Digital (AD) is a 1/100 (15mm) scale tabletop skirmish wargame that features drone tanks and the ability to build new units during the game. Players fight for control of the battlefield by scoring more kills, securing ground or taking down the enemy commander. Players select a hand of orders cards, representing programs, and then alternate selecting and playing them on their combat drones. Orders range from basic movement and shooting, through special actions like jamming, going hull-down and boosting signal power, right up to crashing enemy CPUs or reprogramming a drone to make it yours. List building is flexible and easy, with players able to simply swap one unit out for another before battle. Players can even play with one set of miniatures and then switch to others by building them during the game.