Current projects at Board Game Hub HQ include manufacturing and fulfilling Tranquility: The Ascent, then commissioning a retail print run. Up next in the publishing pipeline will be Tusky Joe's Snorkel Adventure, our family-friendly dice rolling game about snorkel diving for treasure. Development is largely finished on this one with some finishing touches on the artwork to be done.

After that comes our next game intended for crowdfunding: Rift Valley Reserve. We hope the campaign will be live when we exhibit at the UK Games Expo beginning of June. This will be for the first print run, including a couple of promos, and print-and-play files to bridge the gap between funding and fulfillment. As such, our playtesting efforts are largely shifting over to Rift Valley Reserve and we've been able to nail down some of the last few details in gaming sessions at Bromsgrove Board Gamers, FBG Con and with local friends and family. 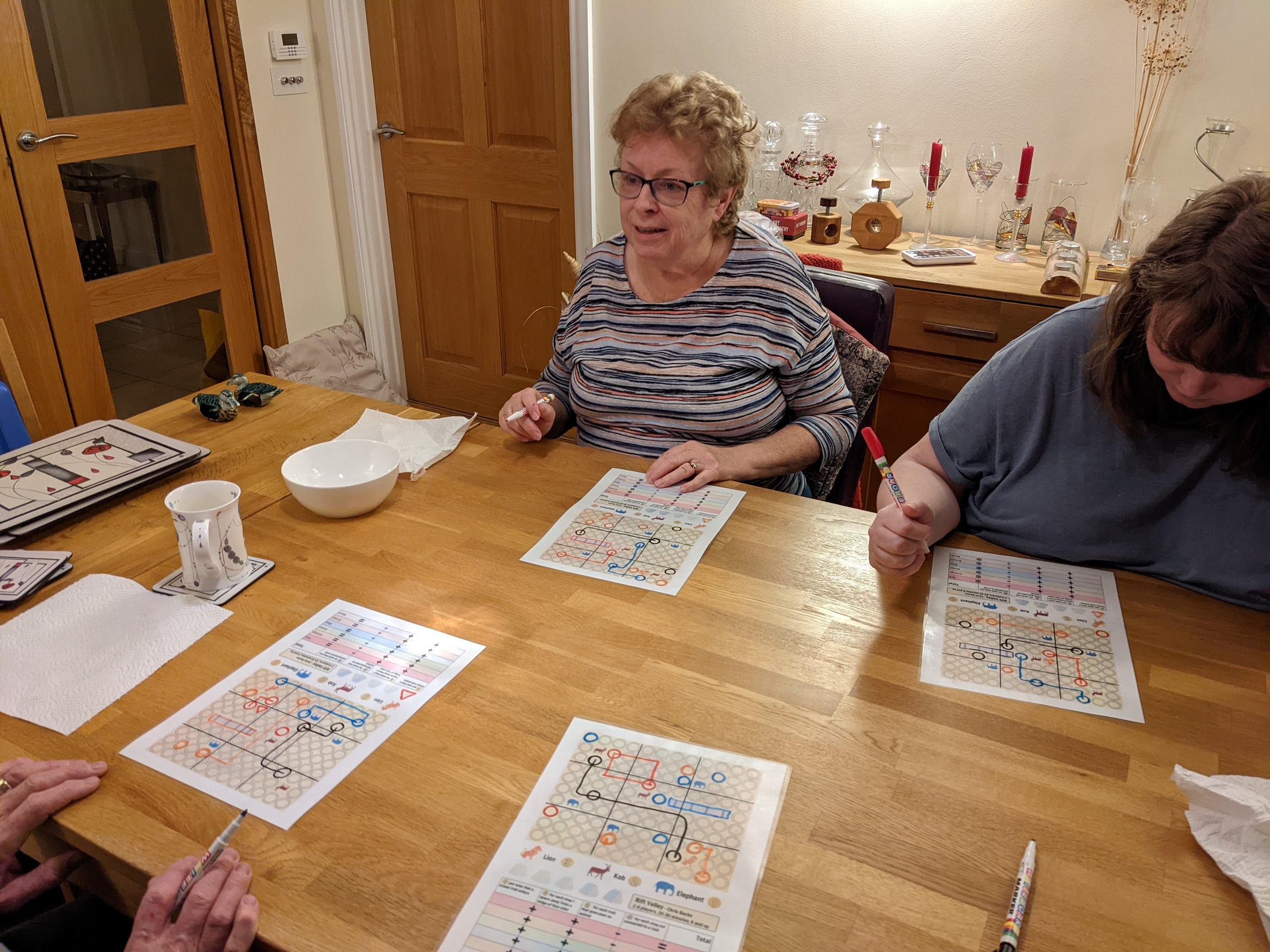 Development of Rift Valley Reserve has been very smooth with the essential mechanics already there by the time Board Game Hub got involved. What we've been able to improve on is streamlining the gameplay, implementing a new theme and setting that is both engaging and appropriate, and ironing out the little niggles and details. We can't wait to get this in front of more people at AireCon in March and then see what our artist, Vicki Dalton, can do to make this brilliant game look as amazing as it deserves. 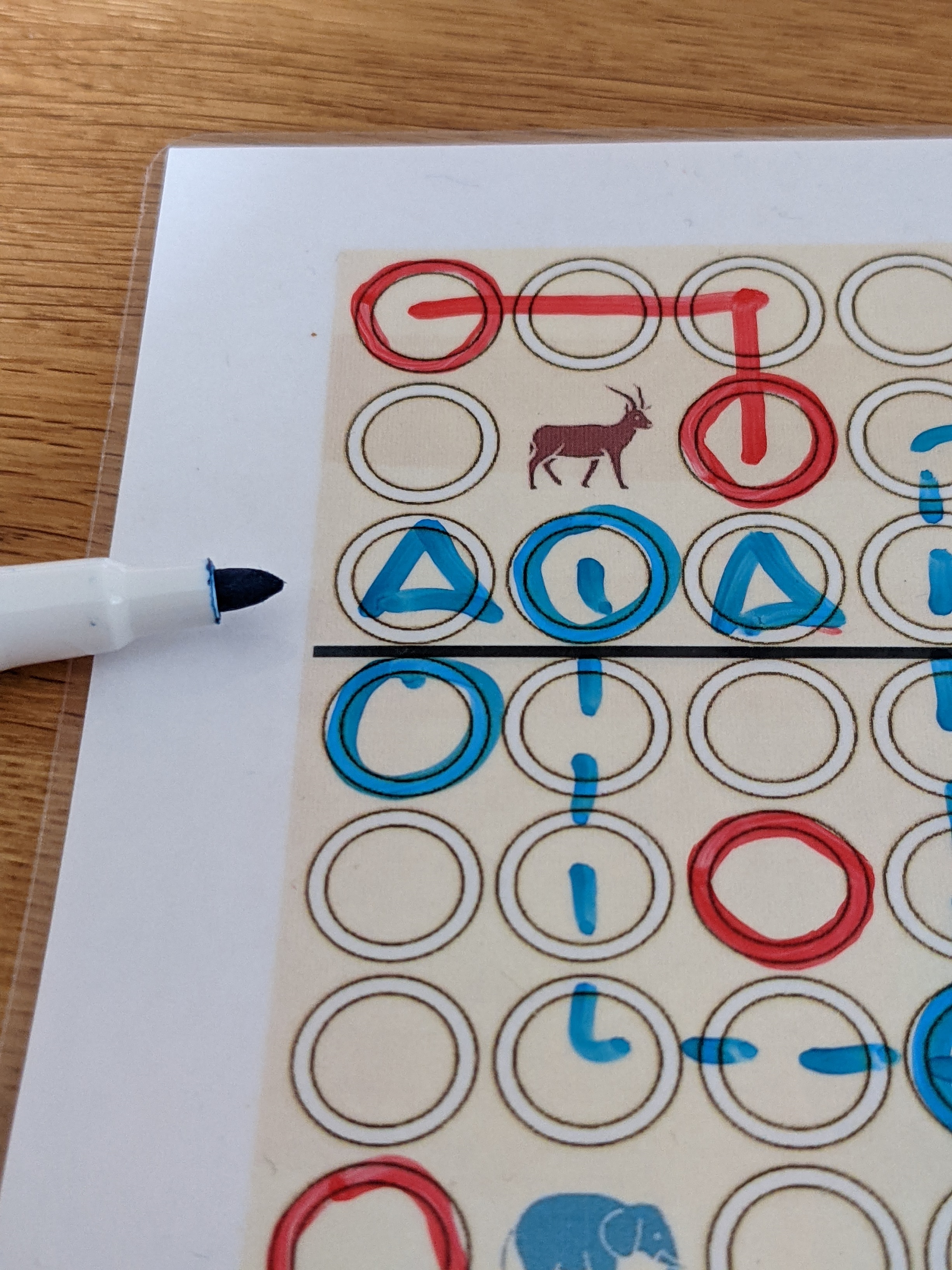 Rift Valley Reserve is a highly interactive drawing game set in the Great Rift Valley, Uganda, in which players are competing to draw the most lucrative tourist walking trails.

On a turn, each player simultaneously takes one action on the board in front of them before passing the board to the player on their left. The actions are: drawing a stop, drawing a trail, and building a camping lodge. In order to draw a trail, the player must draw either a straight line or a line with a single 90 degree bend in it between two of their own stops.

The end of the game is triggered by the requisite number of boards being filled with camping lodges. Points are awarded for each area that a player's trails go through, animals that can be seen from their trails, and building camping lodges next to stops. Points are lost for any stops that are not connected at the end of the game. The player with the highest total points across all the boards wins.

Rift Valley Reserve is a highly tactical, no luck, game that offers much strategic depth whilst using a very simple ruleset meaning the game appeals to gamers and families alike. Try to score the most points while blocking off your opponents; no crossing, branching or using of other players' infrastructure is allowed. 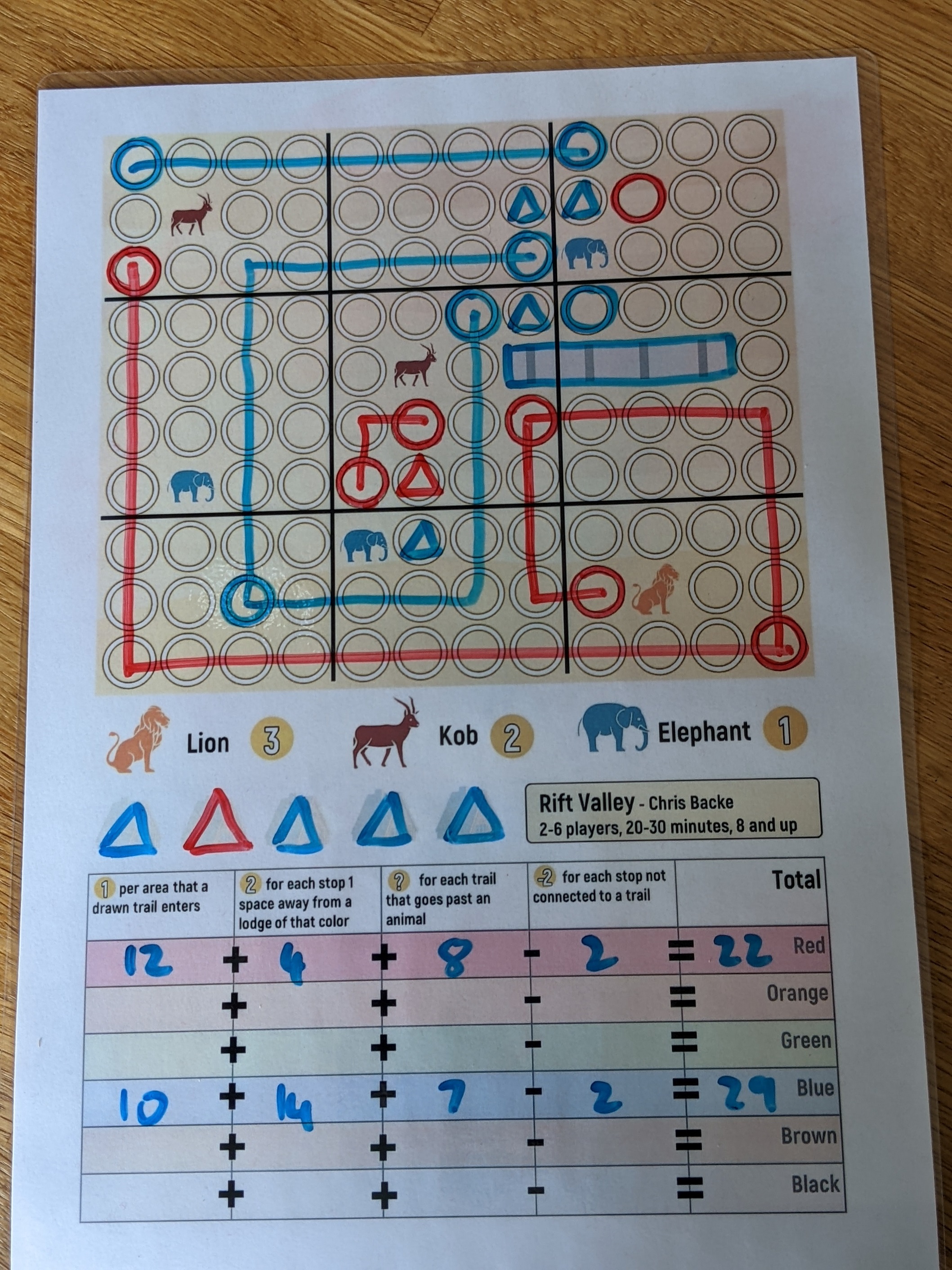