You may have already read our initial blog about Tessera a few weeks back. Well, we've been working hard getting it ready for a Kickstarter campaign in November so here is some more information!

Aim of the game

Players take on the role of acolytes attempting to earn the favour of the Gods by laying beautiful mosaic cards in the Temple. Match up God cards to earn points now or advance your multiplier for scoring later but, above all, beware the fickleness of your opponents as they attempt to foil your plans. The gift of immortality is not easily won. 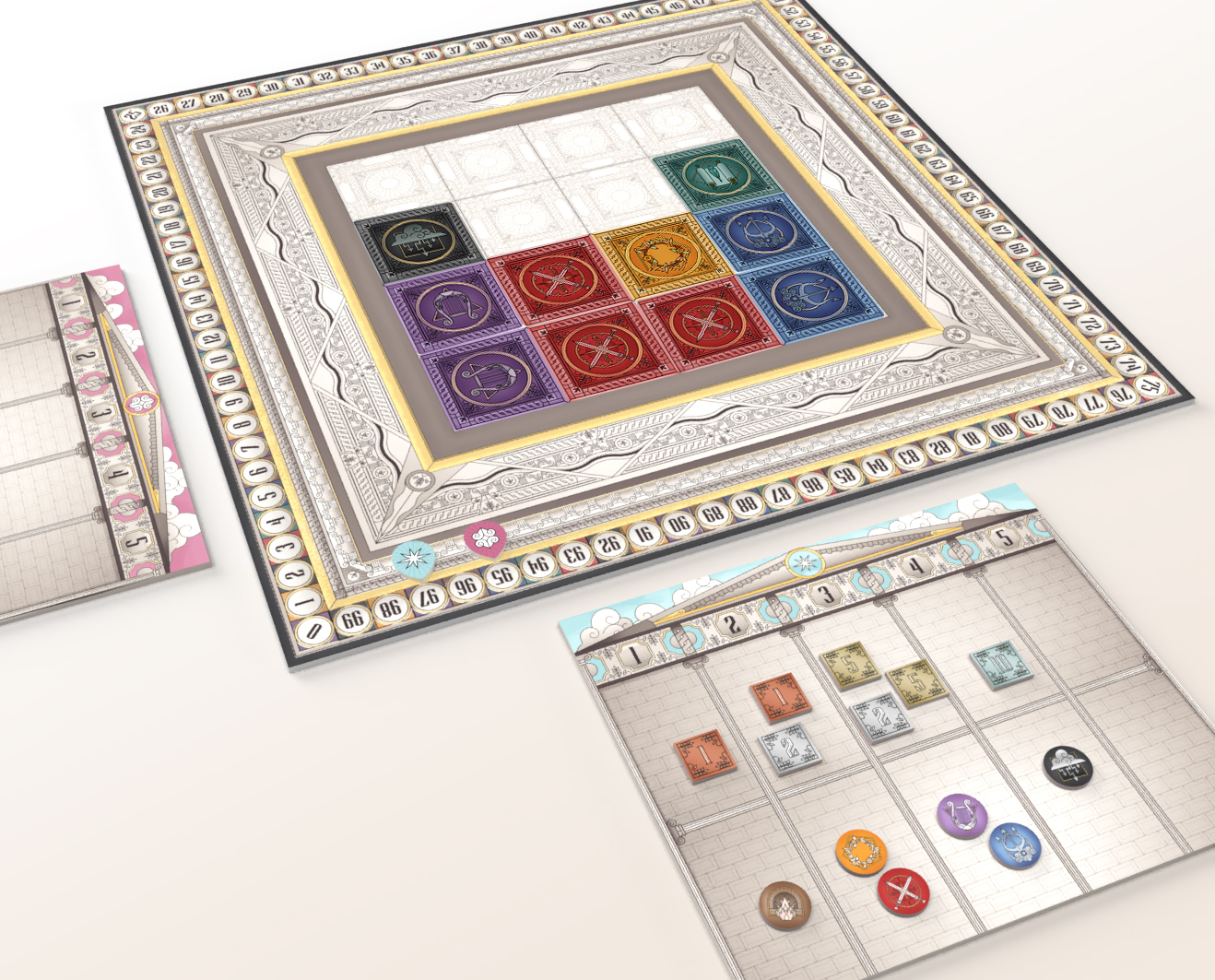 In clockwise order, each player must play one of their cards into the grid. They may place it either horizontally or vertically anywhere that is wholly within the playing area, including partially or completely overlapping other cards, but only receive bonuses for matching one or both God suits on the card with those already present on the board.

When matching one or both suits, the player must immediately choose whether to score points or improve their multipliers. If scoring points, the player takes the number of scoring tokens for how many conjoined tiles in that area there now are of that suit. If the player improves multipliers, they only move the appropriate God marker(s) one column to the right no matter how large the conjoined area is.

In the example above, the player has just matched two tiles for Vesta. They now choose between scoring or advancing their multiplier. Below shows an example of a player board towards the end of the game. You can see where specific God tokens have been advanced to and what point tokens have been collected during the game. 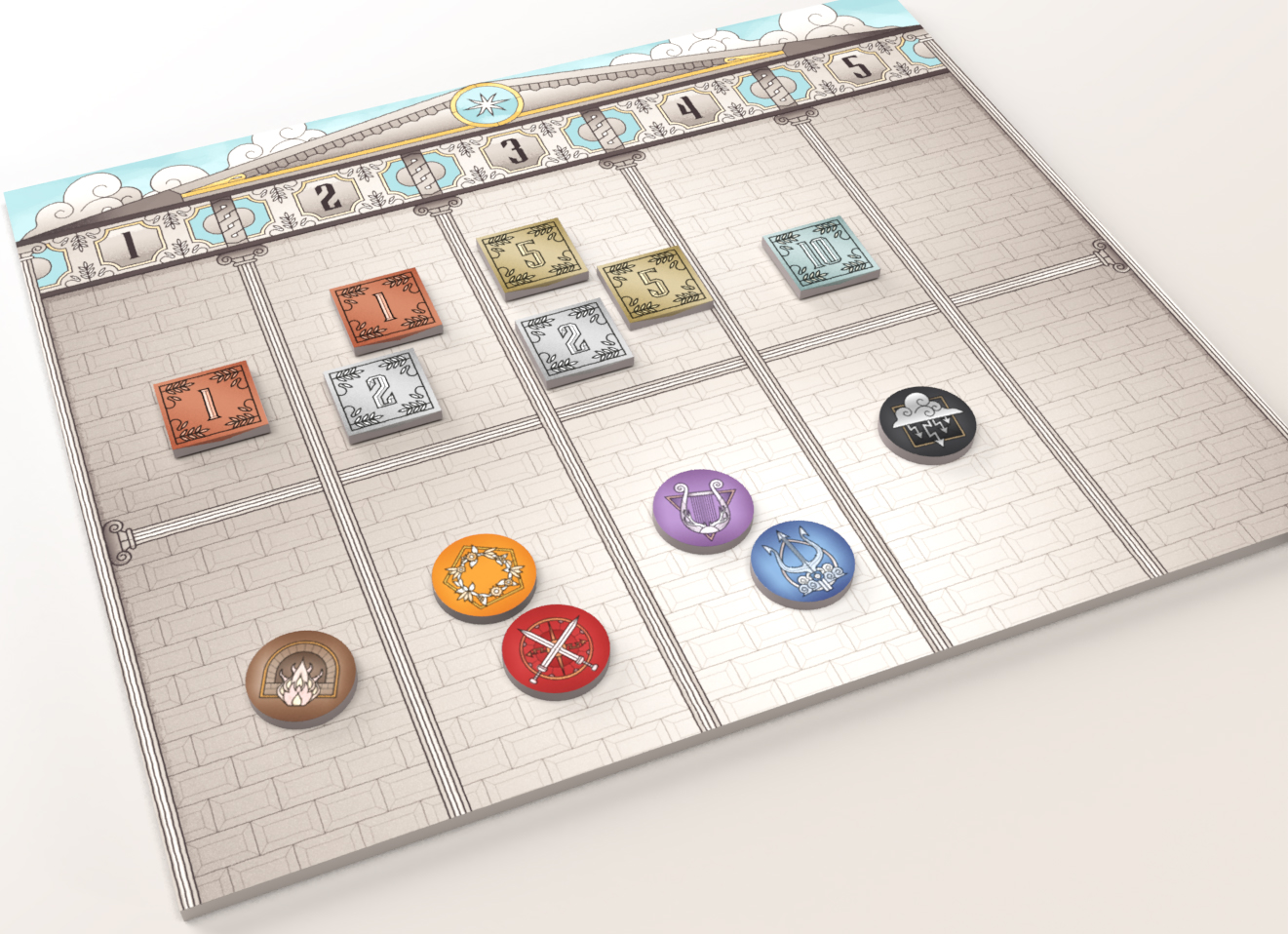 At the end of the game, each player calculates their score by multiplying the total number of tokens in each column by the multiplier value of that column. The player with the most points has earned the favour of the Gods and wins the game.

Tessera is a delightfully simple game in terms of mechanics. On your turn, you place a card anywhere into the grid. If one or both suits match other tiles already placed in the grid then you can choose whether to take scoring tokens, assigning them to the appropriate column, or advance the multiplier(s) one column to the right to give you greater scoring opportunities in future. Draw a card, and then it's the next player's turn.

The interest comes from highly tactical gameplay, and really interesting interaction between the players. It's tempting to advance one or two God markers a long way up the multipliers and then try to score them once or twice. This can be extremely lucrative, but it also makes you an easy target for your opponents. At any time your opponent may decide that they will place a card down in such a way that not only advances their game, but it also makes your life more difficult. Breaking up large areas of conjoined God tiles in which your opponent(s) can outscore you is a smart move, but of course they'll be trying to do the same. Scoring more regularly, with lower multipliers, can also be effective and makes you less of a target, but you're not going to score so many points in one turn.

In the 3 and 4 player games, you use a larger board (6x6 rather than 4x4 in the 2p game) and the Mount Olympus divider is placed in the centre. The divider effectively splits the board into four quadrants. When a player has added their card to the grid they must then place the Guard token on top showing that the next player may not play into that quarter of the board, or indeed half if the card straddles two quadrants. This gives players even more tactical opportunities as they must now decide: 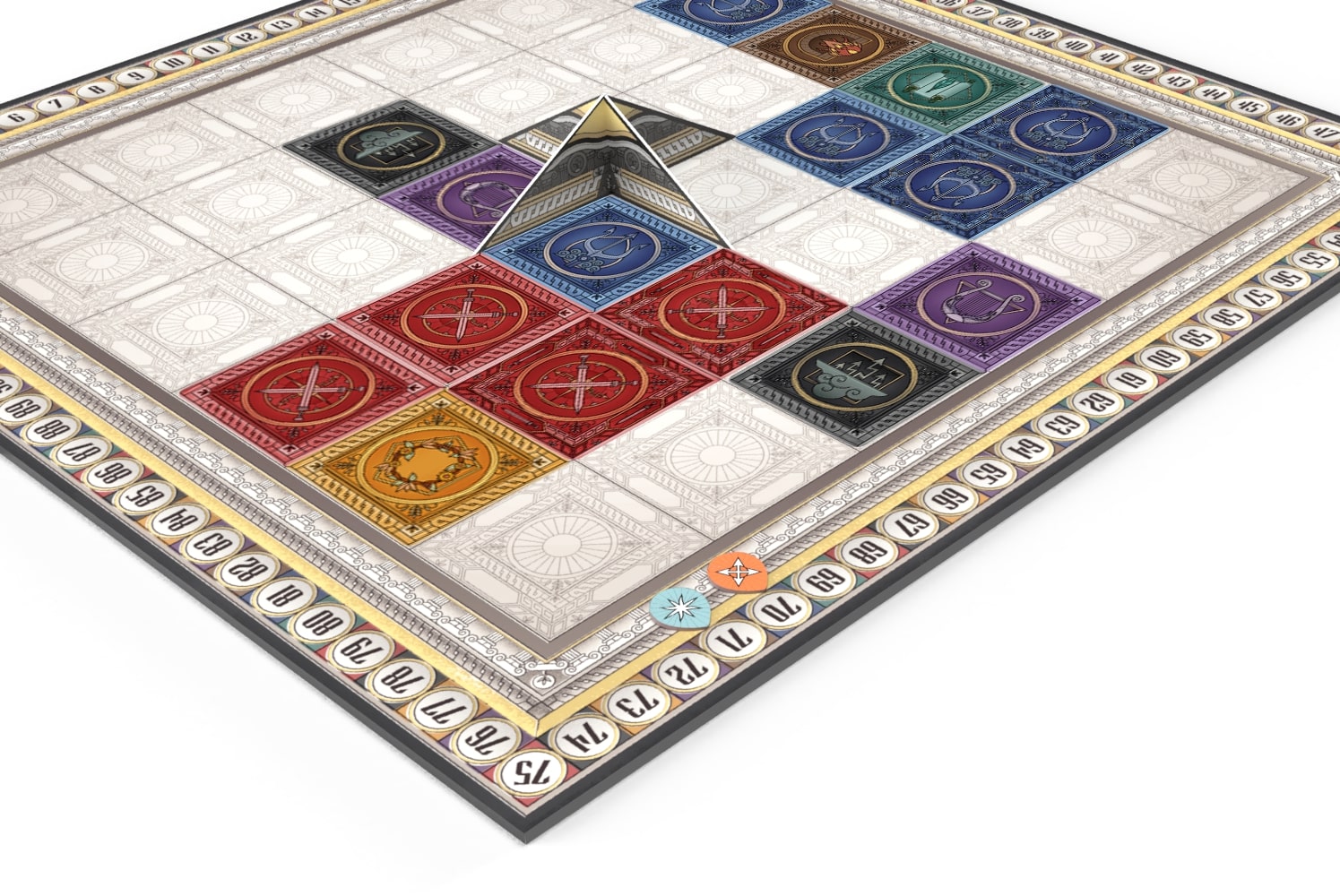 The Kickstarter version will come with the following components: 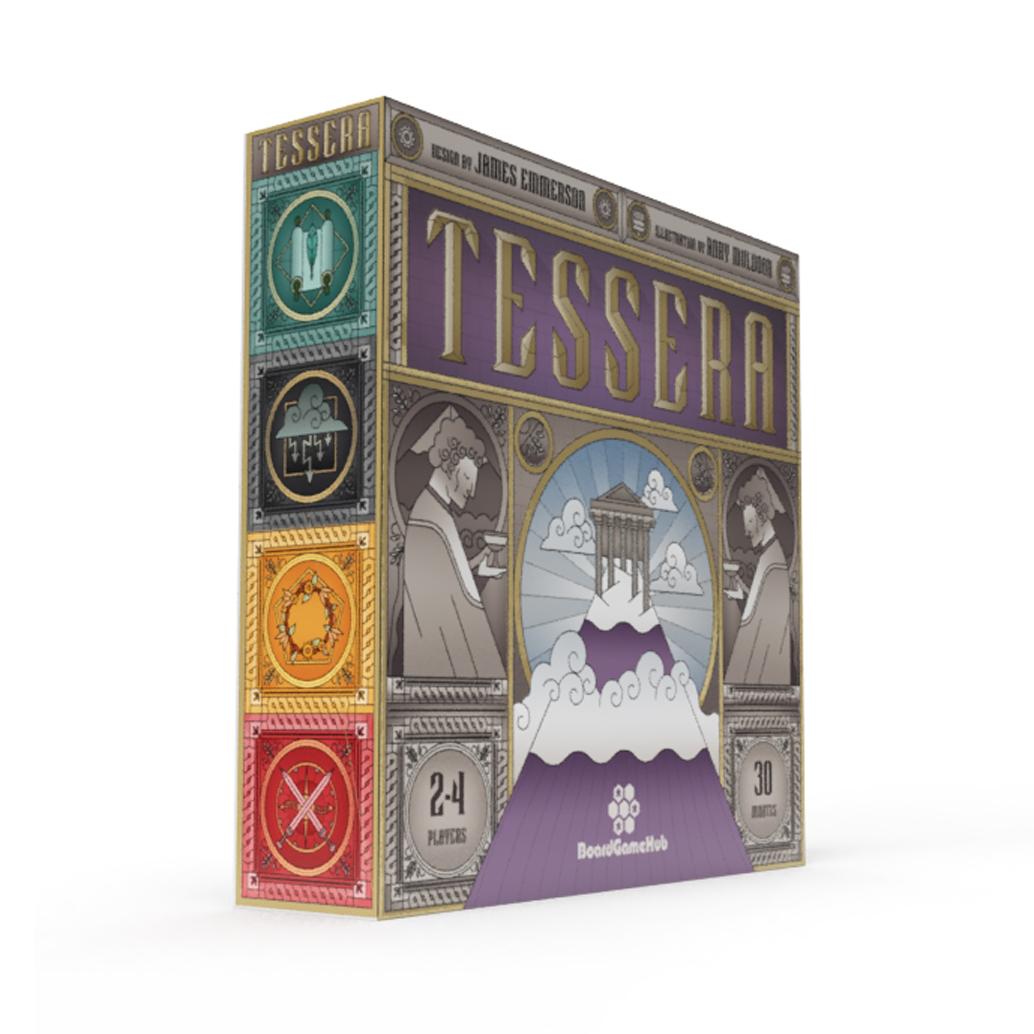